How long will the government’s anti-state activities continue? 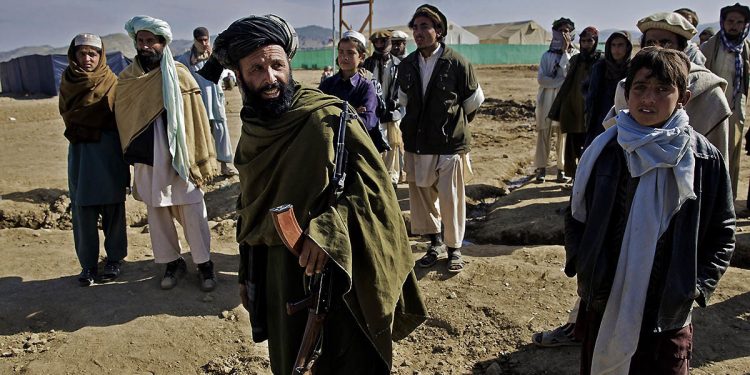 There seems to be total confusion within the ranks of the federal government regarding the repatriation of the Afghan refugees as well as the merger of the Federally Administered Tribal Areas (FATA) with the Khyber Pakhtunkhwa province, creating a lot of unrest among the key stakeholders, in particular, and masses in general.

Insofar as the Afghan refugees are concerned, on the one hand the federal cabinet has extended the stay of millions of registered and unregistered refugees in Pakistan till December 2017. This is at least the eighth extension in the stay of Afghan refugees in Pakistan by the federal government and at least the fourth by the government of the Pakistan Muslim League-Nawaz (PML-N) led by Prime Minister Nawaz Sharif. On the other hand, Federal Interior Minister Chaudhry Nisar Ali Khan, has recently very clearly said that the Afghan refugees were being used for terrorist attacks inside Pakistan. We have been arguing in these lines that the Afghan authorities have been telling Islamabad not to repatriate millions of Afghan refugees as their country could not bear the burden of these refugees. As almost all of these refugees have now become economic migrants their involvement in terrorist attacks inside Pakistan is intolerable. In other words the issue is not just of economic burden but has translated into a grave security threat to the country. Keeping in view the historical Afghan state’s animosity towards Pakistan, the use of these refugees by intelligence agencies of their country of origin cannot be ruled out. Against this backdrop, the extension in these refugees’ stay in Pakistan, yet again, by the federal government is incomprehensible. Although the declaration of stay to Afghan refugees came barely a week ahead of the unleashing of the new wave of terror, it is now expected that sanity will prevail within the government ranks and the decision would be revoked and immediate repatriation of these aliens would be ordered.

One explanation of this dichotomy of policy of the PML-N government regarding the Afghan refugees could be the great influence of Mahmud Khan Achakzai on PM Sharif. Achakzai has always been a vocal exponent of Afghan refugee rights and on one occasion when the KP and Balochistan provincial governments had petitioned the federal government to immediately send back millions of Afghan refugees to their country as there was strong evidence of their involvement in terrorist activities in these provinces, Achakzai had declared that the KP province belonged to Afghanistan. PM Sharif has been under the dominating influence of Achakzai because of the vocal support of the latter to the former against the main opposition party of Pakistan, the Tehreek-e-Insaf (PTI).

Millions of Afghan refugees, which at one time peaked at nearly four-and-a-half million, constituting the largest refugee population anywhere in the world, have lived with complete freedom of movement and activities in Pakistan for almost four decades. This free hand to millions of legal and illegal Afghan refugees has been costing Pakistan dearly in terms of economic losses, devastating effects on Pakistani culture in the form of proliferation of Kalashnikovs and madrassas and many other ill-effects. But the Pakistani government and decision-makers cared little as they, perhaps, were enamored by the prospects of a “strategic depth” in Afghanistan through millions of Afghan refugees who would have formed a strong pro-Pakistan bridge to Afghanistan. Now Pakistan has realized that for many reasons the military-strategic rationale will not play out as expected. In the words of Advisor to PM Sharif on Foreign Affairs, Sartaj Aziz, we have abandoned that concept. Now, the fact of the matter is that the presence of millions of legal and illegal Afghan refugees pose an existential threat to the state as many have become the agents of enemy intelligence agencies and most dislike Pakistan for no reason at all. Moreover, the interaction of such a large number of Afghan refugees with the pockets of anti-Pakistan elements within certain ethno-linguistic Pakistani groups has resulted in facilitation of terrorism in Pakistan. Here one particular example could suffice. The failure of the PML-N government to translate its earlier stance on Afghan refugees into action has inflicted irreparable damage to the country’s security. The handlers of suicide attackers in Lahore and the Sehwan Sharif suicide attacker were Afghans. Here it is important to note that Pakistani security forces, after huge losses of men and material, have been able to establish the state writ in the militant-terrorist infested regions on the Pakistan-Afghanistan border. Most of the Pakistani and their foreign-affiliated militant and terrorist groups have fled to Afghanistan and from there launching terrorist attacks inside Pakistan with the collusion of anti-Pakistan Afghan authorities.

Pakistan has taken comprehensive measures to manage its more than 2,400 kilometer-long border with Afghanistan by erecting gates at main entry points, establishing more than 1,000 pickets and digging an around 1,100 kilometers-long trench in Balochistan along the Pakistan-Afghanistan border―the Durand Line-at the cost of billions of rupees. All these successes would be nullified if the government fails to revoke its decision to sent back all the Afghan refugees by the year end, instead of immediately.

[The PML-N government, and PM Sharif are deliberately putting at grave risk the security and stability of Pakistan by failing to decisively repatriate the Afghan aliens. The government’s reluctance to implement the National Action Plan and a comprehensive Rangers action in Punjab, against terrorism, all the above three factors against Pakistan’s national security interest, would constitute an act of treason according to Cutting Edge. ED]

The paradox of rising inequality amidst growing ...