Mother of all corruption cases shakes the Sharifs 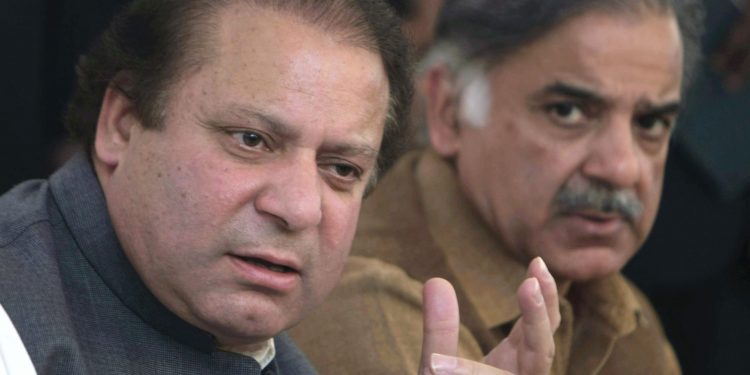 The National Accountability Bureau (NAB) has decided to reopen the Hudaibiya Paper Mills money laundering case against the Sharif family. The 17-year-old case, dubbed by the opposition “mother of all corruption cases against the family” has the potential to become more dangerous than the Panama case.

The accused include almost all members of the Sharif family and almost 90pc investigations have already been completed and there is more solid proof than in the Panama case. Former Prime Minister Nawaz Sharif, Punjab Chief Minister Shahbaz Sharif, their brother Abbas Sharif, who has died, their mother Shamim Akhtar, Hussain and Maryam Nawaz, Hamza Shahbaz and Sabiha Abbas are accused in the case. It was reopened after the joint investigation team (JIT), set up by the Supreme Court, had recommended it.

Based on the recommendation, the court had asked NAB to reopen the case while it filed references in other cases in its July 28 verdict in the Panama case. It had also questioned the role of NAB, which favoured the Sharifs in the Hudaibya Paper Mills case by not challenging a Lahore High Court (LHC) decision to quash it. In its appeal, NAB asked the court to set aside the LHC’s 2014 judgment “in the interest of justice, fair play and equity”. It argued in its appeal that the referee judge was not “competent” to set aside the findings of the High Court, in which NAB had been allowed to re-initiate investigations against the Sharif family members. It said when the joint investigating team (JIT), formed to probe corruption allegations against the family in the Panama case had collected more incriminating evidence relating to the Hudaibiya Paper Mills, NAB could not be restrained from proceedings further with the investigation.

The money laundering reference was launched on the basis of an April 25, 2000 confessional statement of Finance Minister Ishaq Dar, wherein he had admitted to his role in laundering $14.86 million on behalf of the Sharifs through fake bank accounts. In his letter to the then NAB chairman, he wrote, “I want to make full disclosure of the true and full facts relating to the Hudaibiya Paper Mills case wherein I have been cited as one of the accused persons. My detailed statement of facts, circumstances and events etc., leading to accumulation of Rs642 million in the accounts of Hudaibiya Paper Mills Ltd. is enclosed herewith for your kind perusal and consideration. I have unburdened my conscience and stated the true facts in the enclosed statement. It is, therefore, requested that I may please be granted pardon on the basis of this disclosure.”

It is said more evidence has been received by the court after the JIT had written a letter to the British government to seek information about the case. The London High court’s 1999 verdict in the Hudaibiya Papers Mills loans, acquired through the Al-Towfeek Investment Fund, proves the Sharif family owned the London flats since 1999. The London court had proceeded against Shahbaz Sharif, Abbas Sharif and Mian Muhammad Sharif for defaulting on a loan obtained from the Al-Towfeek Investment Fund in the name of Hudaibiya Paper Mills and had attached four properties of the Sharifs. On the other hand, the Sharif family claimed it had purchased the London flats after selling its business in Saudi Arabia in 2006.

Finance Minister Ishaq Dar’s confessional statement against the Sharif family in 2000, also provides details of their money laundering. According to a court document, Senator Dar’s handwritten statement before a magistrate on April 25, 2000, alleged the Sharif brothers used the Hudaibiya Paper Mills as cover for money laundering during the late 1990s. The reference was made on the orders of the then President Pervez Musharraf, but it was shelved after the Sharif family was exiled in December 2000. The confessional statement of Ishaq Dar was recorded before a district magistrate in Lahore. At one point in the 43-page statement, he said that on the instructions of Mian Nawaz Sharif and Shahbaz Sharif, “I opened two foreign currency accounts in the name of Sikandara Masood Qazi and Talat Masood Qazi with the foreign currency funds provided by the Sharif family in the Bank of America by signing as Sikandara Masood Qazi and Talat Masood Qazi”. He said that all instructions to the bank in the name of the two persons were signed by him under the orders of the “original depositors”, namely Mian Nawaz Sharif and Mian Shahbaz Sharif. “The foreign currency accounts of Nuzhat Gohar and Kashif Masood Qazi were opened in Bank of America by Naeem Mehmood under my instructions (based on instructions of Sharifs) by signing the same as Nuzhat Gohar and Kashif Masood Qazi.” Besides the foreign currency accounts, a previously opened foreign currency account of Saeed Ahmed, a former director of First Hajvari Modaraba Co., and a close friend of Dar, who is now appointed as National Bank of Pakistan (NBP) president by the Nawaz government for his “services”, and of Mussa Ghani, the nephew of Dar’s wife, were also used to deposit huge foreign currency funds provided by the Sharif family to offer them as collateral to obtain different direct and indirect credit lines.

He had disclosed that the Bank of America, Citibank, Atlas Investment Bank, Al Barka Bank and Al Towfeeq Investment Bank were used under the instructions of the Sharif family. He also confessed that he, along with his friends Kamal Qureshi and Naeem Mehmood, had opened fake foreign currency accounts in different international banks. He said $3.725 million in Emirates Bank, $ 8.539 million in Al Faysal Bank and $2.622 million were transferred to the accounts of Hudaibya Paper Mills.

If Dar retracts the statement, he will become an accused in the money laundering case along with the Sharif family. If he becomes approver, action cannot be taken against him but his confessional statement can be used against the family. It is said the JIT had found that all details and bank accounts, used to launder money, in the confessional statement of Dar, correct. Ironically, Shamim Akhtar, mother of the Sharif brothers is also an accused in “the mother of all corruption cases” against the family. It is said it will also pave the way for more cases against the family when the trial begins.

The struggle for political survival