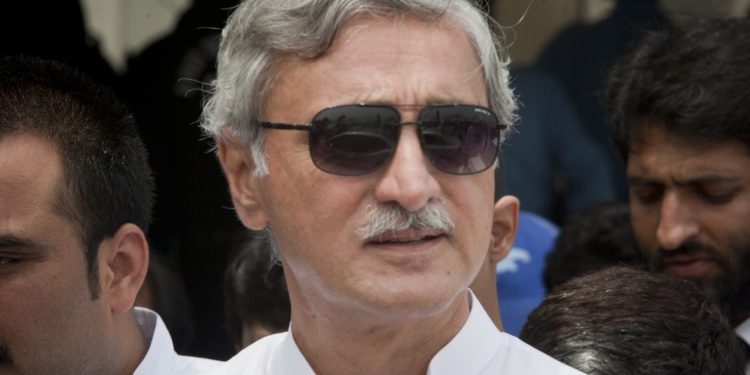 The Supreme Court’s decision of absolving Pakistan Tehreek-i-Insaf (PTI) Chairman Imran Khan of any wrongdoing and the disqualification of party’s Secretary-General Jahangir Tareen has squeezed space for people with suspicious financial issues in Pakistan’s politics. The verdict has set high standards, which will be difficult to meet, even for clean politicians and it appears the system would be purged of corrupt politicians in a few years.

The PTI chairman had to produce almost 7,000 documents to prove his innocence in court. Despite being a player, not a businessman, he produced financial transactions of 30 years. It was because he lived in the West and the record was available despite the closure of banks and other institutions. His former wife Jemima Khan helped him throughout the case with required papers. He would have failed to present the record, if he had lived in Pakistan. Very few business people can face such strict accountability in Pakistan. Most politicians stand no chance.

The Jahangir Tareen case is more alarming for others. He provided bank records and other details of how he had earned money and how he set up an offshore company in the UK, but was disqualified from holding a public office for life because he had not declared it in his nomination papers. “We hold that Shiny View Limited (SVL), an offshore company, was established by the respondent which has legal title of the property measuring 12 acres, known as Hyde House, but the actual beneficial owner of the property is the respondent,” the court ruled. “He sent around more than Rs500 million at the exchange rate prevalent at the time. SVL or Hyde House was never transferred to any trust by the respondent, thus, it is his asset, which he failed to declare in his nomination papers filed on September 9, 2015, to contest by-elections from NA-154, Lodhran, therefore, he is not honest in terms of Article 62(1)(f) of the Constitution read with Section 99(1)(f) of the Representation of People Act,” the court observed.

Imran Khan faced four and his party two charges. The allegations against the PTI were that it is a foreign-funded party and presented fake asset certificates to the Election Commission of Pakistan (ECP). To the allegation of receiving foreign funds, the court observed the petitioner, Hanif Abbasi, had no business bringing the charge. It ruled the charge could only be presented by the federal government for its validation on a reference made to the Supreme Court. The ECP has sent notices to the Pakistan Muslim League-Nawaz (PML-N) and the Pakistan Peoples Party (PPP) over foreign funds. It is already investigating foreign funding of the PTI. The court observed that the charge of false asset certificates against the PTI was quite irrelevant at the stage, as it could only be determined in a competent court of law after the ECP gave its findings on whether any prohibited funding had been received by the PTI.

The ruling party had brought four charges against Imran Khan. His disqualification was sought because he owned an offshore company, which he failed to disclose in his nomination papers; he could not justify how he had acquired funds for his Bani Gala property; he had not legally acquired the ownership of the Bani Gala property and he owns a flat at Constitution Avenue, Islamabad, which he failed to declare in his asset statement. However, the court observed that Niazi Services (NSL), the offshore company, was not an asset which Imran needed to declare. “NSL was an offshore company, of which he was the beneficial owner. However, it had been established solely as a corporate vehicle for the legal ownership of his London flat and he could not be proved to have been a shareholder or a director of the company. He had later declared the London flat through an amnesty scheme under Pakistan’s income tax laws, after which there was no need left to declare it,” the court noted.

To the charge that Imran could not justify how he had acquired funds for his Bani Gala residence, the court said it was satisfied that he had paid Rs7.3 million and his former wife, Jemima, paid Rs36.2 million of the total Rs43.5 million at the time of its purchase. “The amount was covered by foreign currency remittances, made by her, which was later returned by Imran Khan in 2003 after he sold his London flat,” the court noted. To the allegation that Imran had not legally acquired its ownership, the court said Imran was its owner after it was gifted to him by his ex-wife after their divorce. In response to the charge that Imran had not declared an Islamabad flat in his assets statement, the court found that he had actually declared his advance payment in the statement of assets and liabilities filed with his income tax returns in tax year 2014. He was allotted the flat in the following year and he had declared it in both his assets and liabilities statements filed with his income tax returns for the year, as well as his annual returns order filed with the ECP. “Therefore, no misdeclaration of assets was committed by him,” the court ruled.

In his additional note, Justice Faisal Arab, a member of the bench, said that Imran Khan’s case was different and could not be compared to that of former Prime Minister Nawaz Sharif. “Nawaz served on top level government posts for over 30 years and as per merit for these positions, the person should not have black financial stains. The Sharif family failed to justify their source of income for London flats, Azizia Hotel, Azizia Steel Mills and Gulf Steel Mills. Nawaz Sharif did not possess the assets before holding the prime minister’s office. Imran Khan’s case should not be compared and is not comparable to Nawaz Sharif’s case. Nawaz Sharif willfully withheld information from court, such as taking salary from FZE Company which was inevitably revealed in the JIT report,” he observed.

The Imran case has set high standards for other politicians and many would fail the test. It also has improved his image in the public and made him a favourite to win the next election. It came as a blow to disgraced Prime Minister Nawaz Sharif, whose role in politics is about to end. It will have far-reaching effects on future politics of Pakistan. Now all politicians, with dubious financial backgrounds, can be brought to book. It will bring more people to the accountability process. The court and Imran have upped the bar and it appears few politicians will be able to cross it in the next election. They will think many times before contesting the election and, if elected, they will be disqualified for life if their cases reach the Supreme Court.