The 2019 mosque attack and freedom of speech in Norway 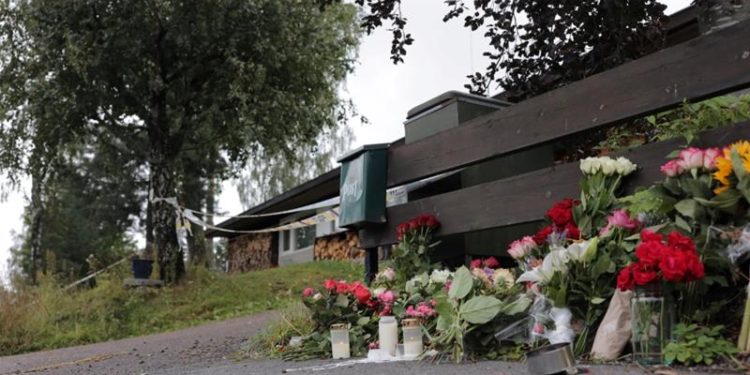 On August 10, 2019, then-21-year-old neo-Nazi Philip Manshaus made his way to al-Noor mosque in the suburban municipality of Baerum near the Norwegian capital, Oslo, on the eve of Eid al-Adha, intending to commit a massacre of Muslim worshippers.

His murderous plot, however, ended in a spectacular failure. It was Saturday afternoon when he burst into the mosque, so only three worshippers were present. Two of them – 77-year-old Mohammad Iqbal and 66-year-old Muhammad Rafiq – managed to wrestle him down to the ground. Several days later, the neo-Nazi appeared in court with a bruised face, having failed to “kill as many Muslims as possible” and instead having gotten a beating from two elderly Muslims. Although there were no deaths at the mosque, it turned out that before setting off for the attack, Manshaus had killed his 17-year-old step-sister, Johanne Zhangjia Ihle-Hansen, who was adopted from China and in his mind, also constituted a “threat” to the “white race”.

Earlier, the court case against him started, with prosecutors seeking a 21-year prison sentence for his crimes. As Norway goes through yet another trial of a murderous neo-Nazi, important questions have to be asked about how seriously violent far-right extremism is taken in Norway and how its ideas have been allowed to freely circulate under the guise of protecting “freedom of speech”. Despite the increasing sway of neo-Nazi ideas in Norwegian society, there is a continuous trend to perceive right-wing extremists as disturbed individuals and their violence as a result of mental illness rather than extreme ideology.

In the case of Anders Breivik, who in 2011 went on a shooting spree in Norway killing 77 people, the Norwegian media extensively covered his psychological profile and claimed he had a problematic relationship with his mother. Some Norwegian commentators even went as far as comparing him to a “natural disaster”. Such narratives continue to dominate the public discourse in Norway because they offer a convenient way for a society which has long seen itself as “post-racial” and “colour-blind” to exceptionalise right-wing extremism and the wider societal climate of Islamophobia on which it feeds, rather than see it as a growing native phenomenon and a real threat.

Manshaus, much like other murderous far-right extremists, was not a person with a mental illness. And he was clearly motivated to act violently by neo-Nazi ideology. According to court documents, forensic psychiatrists found him to be sane and criminally liable for his actions. During the psychiatric assessment, Manshaus did not appear to regret killing his own step-sister, as he considered her “subhuman” due to her Chinese ethnicity. He did express regret that he had not planned his attack on the mosque better so he would have actually been able to kill Muslims.

In addition to espousing the idea of the “great replacement” – that there is a conspiracy to “replace” white Europeans with (mostly Muslim) immigrants – he also appeared to believe various anti-Semitic conspiracy theories and called the Holocaust “a myth”. He clearly had drawn inspiration from Breivik and Brenton Tarrant, who murdered 51 people in two mosques in New Zealand in 2019 and whose “manifesto” he cited in court. Manshaus also applied for membership in the neo-Nazi, pan-Nordic and Swedish-dominated Nordic Resistance Movement (NRM) in June 2019, and had a meeting with some of their members. Several months earlier, after the New Zealand mosques attack, the NRM had refused to “distance” itself from Tarrant’s terrorist attack. Manhaus’s increasingly racist attitude prior to the attack worried some people in his immediate family and social circles. In 2018, a man contacted the Police Security Services (PST) expressing concern about his attitudes, but the police did not follow up on it.

Fellow students at a rural ecological college that Manshaus attended in 2018-2019 were also perturbed by his ideas and informed the school administration, which also did not take action. Back in 2010, the Norwegian authorities also did not act on tip-offs about Breivik. It is undoubtedly something of a paradox that it was after Breivik’s terrorist attacks in 2011, the worst in modern Norwegian history, that the Swedish-dominated neo-Nazi NRM started finding a footing in Norway. The Norwegian media reporter and author, Harald Klungtveit, has estimated that at least 81 Norwegians have passed through the ranks of the NRM since then.

Despite this worrying trend, Norwegians have been duly told by Norwegian free speech liberals in powerful positions that the proverbial “answer to hate speech” is “more and freer speech”. Since 2011, Norwegian far-right, anti-Muslim and racist activists have enjoyed liberal access to mainstream media outlets, have had their self-published books sponsored by liberal foundations committed to freedom of expression, and have seen continued commitment to state funding of their media outlets. Norwegian liberal media editors have enforced editorial conventions whereby clearly and discernably racist and Islamophobic organisations have been euphemistically described as merely being “critical of Islam”.

Both far-right anti-Muslim conspiracy theories like the Eurabia theory and identitarian “replacement theory” have been openly promoted by public intellectuals in positions of considerable power in Norway. Quite how Manshaus first came across the neo-Nazi NRM we do not know. But what we do know is that a central propaganda and recruitment tool for the NRM in Norway as in Sweden has been its public marches. When 60-70 Swedish and Norwegian neo-Nazis from the NRM, including a number of members with violent criminal records, marched through the city centre in Norway’s fifth-largest city of Kristiansand on July 29, 2017, the reaction of the very same Norwegian free speech liberals was that freely permitting them to do so was nothing short of a litmus test for Norwegian liberal democracy.

The media has also extensively covered the Manshaus trial, going into excessive details about his life and printing photos of him, including those in which he makes far-right gestures, thus giving a platform to his propaganda efforts. And just like the media coverage of Breivik’s trial, this raises the questions about the ability of Norwegian media to find the right balance between providing information of public interest and becoming a stage for extremist right-wing propaganda.

As media scholar Gavan Titley cautions in a forthcoming book, “free speech has been adopted as a primary mechanism for amplifying and re-animating racist ideas” in our times. Though relatively few of those regularly exposed to racist hate speech in any society are likely to engage in violence or terror, there can be little doubt that the propagation of hatred made possible by ultra-liberal interpretations of “freedom of speech” is an enabling circumstance for such violence and terror.

Meanwhile, members of immigrant and minority communities are increasingly living in fear. In Baerum, al-Noor mosque has seen few worshippers return and has struggled financially, as donations have dwindled. Norwegian authorities have offered little support, despite high-profile media shows of solidarity from Norwegian PM Erna Solberg and Crown Prince Haakon Magnus in the immediate aftermath of the attacks last August. “Never again” was the mantra in Norway in 2011. But here we are – again.

The rushed easing of lockdown measures could ...