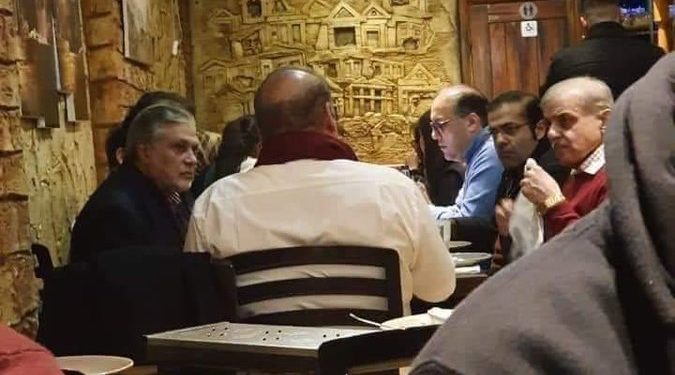 The message is quite clear; Pakistan cannot coexists with these politicians.

The entire wealth of the country has been hidden abroad, beyond the reach of our agencies, many of which are in collusion with the looters. In fact, they were already part of the problem, so how can they be expected to deliver? That is why all efforts by Imran Khan’s government continue to be stalemated by the political forces opposing him, that continue to gain power. The accountability process that is the cornerstone of Imran’s election campaign has been stalled and stuck.

Meanwhile, the policy of sympathetic treatment of the PML-N continues. The latest bail given to former Punjab Law Minister Rana Sanaullah has sent shockwaves through the judicial system. It negates the PTI government’s crackdown on the illegal activities of PML-N office-bearers. This behaviour of the PML-N and its anti-PTI activities must be viewed in the perspective that it is thwarting the running of the government. These activities go beyond political rivalry and appear to be allowing criminals the freedom to operate. The Rana Sunaullah episode can be seen to encourage sinister criminal elements, especially those involved in activities such as drug smuggling.

In his statement, Rana Sanaullah allegedly confessed that due to financial problems, and the need to stay abreast of his new political status, he had no choice but to resort to “other means” to sustain his office. It is indeed a remarkable confession, especially coming from someone who has been the law minister of the largest province of Pakistan. His comment has been widely circulated in the international media, and he will definitely face problems on this issue when he next goes abroad. No country anywhere allows latitude on drug smuggling. His confession makes it doubly dangerous for him, not to mention the slur on Pakistan’s government officials.

Imran will have no option but to dissolve the assemblies and call for a new mandate. We should all realise that the existing PML-N control of the bureaucracy and its deep roots in the judiciary make it impossible for any reforms to be implemented. With relief being provided to PML-N office-bearers, and leniency shown in NAB investigations, it is not surprising that criminality continues to prosper, with the PTI rendered ineffective by the massive influence being exerted by the PML-N.

Whether it is the wheat scandal or the rupee vs dollar slump, each instance shows the success of the anti-PTI stance by the bureaucracy of the country. The impact on the 200 million people of Pakistan is of immeasurable suffering on a daily basis. For instance, petrol and ghee, both essential items, keep increasing in price and are tied to the dollar. The State Bank of Pakistan should have identified the people responsible for betting against the rupee.

This was typical of the PML-N “dirty tricks brigade”, and proof of this exists in the files of the State Bank. The proof should be placed before a law court and this must be done before these investigations are tampered with. When the impact of the huge currency shortfall is viewed in terms of its effect on the lives of the 200 million people of Pakistan, then leniency or mercy is not possible. The perpetrators deserve the maximum punishment and judges should be made aware of the enormity of the crime. The judges have no right to show a political bias. They must view these crimes as a blow to the nation itself. In fact, it would be better if the judiciary is reformed.

The Sharif family has indeed brought the state of Pakistan to its present abysmal condition. There can be no excuse. The condition of the country is all too obvious, it may even beyond rescue. For Nawaz to be allowed bail is strange while he was serving an unfinished sentence of so many years. The bail to a prisoner serving such a huge sentence is unheard of either in Pakistan or any other country, for that matter. Who can explain this? There is no such parallel in the world. The Sharifs have indeed shown their mastery. There is no way that any Imran Khan can compete with such a formidable array of power. The entire bureaucratic administration is completely under the control of the Nawaz League or so it seems. Nawaz is seen dining at fancy restaurants in London, when he is supposed to be too ill to be out of hospital. Certainly, too ill for this sort of entertainment. Not only is Nawaz enjoying the benefits bestowed by the bail but his behaviour is also showing the contempt he holds for courts. A classic case of Nawaz showing contempt for the judiciary.

The courts in any country interpret the law. One would like an explanation from law experts under what power mercy or leniency can be shown by courts when non is allowed. If a crime has been committed then the punishment for that crime is specified. The quantum of punishment is specified. If a judge shows leniency then his judgment shows that either his view or his direction is at variance with the existing rules. They must give a reason for this variance. If none exists within the law, then not only the judgment, but the judge can be questioned and his explanation called for. Mercy is not listed in the statute books. The punishment is prescribed and must be applied. In the case of the Sharifs, reasons should have given for allowing him to travel abroad when no such facility is allowed in any country. Should we create a new term “leniency” when none exists anywhere in the world? This in itself should be called the Nawaz Addendum, to be applied whenever a Sharif appears in the dock. This can only be the rationale.

It is not surprising that the same pattern has been adopted in the 30 years of the PML-N. It seems this is the form that has been established. For the record, the new limits should be formalised so the other citizens can see the new perimeter and model their lives accordingly.