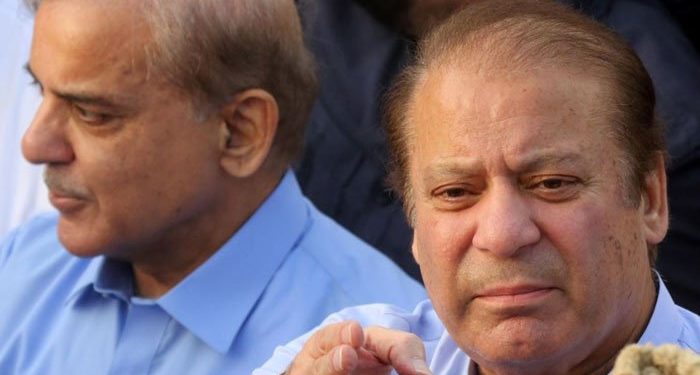 A sum of 190 million pounds (Rs39 billion) recovered by the United Kingdom’s National Crime Agency (NCA) from the family of a real estate tycoon of Pakistan and transferred to the Supreme Court’s accounts have lent credence to rumours the government has allowed former Prime Minister Nawaz Sharif to leave abroad for treatment under a deal.

Rumour has it that the money was actually paid by the Sharif family but the name of the tycoon was used as part of the deal. Speculation is also rife that former President Asif Ali Zardari and former Punjab Chief Minister Shahbaz Sharif could also cough up huge sums to save their skin in corruption cases. Social media is also abuzz with reports that the government expected to receive over Rs1,000b from corrupt people in the next few months under secret deals.

According to the government’s own admission, it has signed a deed of confidentiality with the NCA and the business tycoon. Despite a huge success, it is tightlipped and refused to give more details than an NCA statement, which said, “The £190 million settlement is the result of an investigation by the NCA into Malik Riaz Hussain, a Pakistani national, whose business is one of the biggest private sector employers in Pakistan.” However, Malik Riaz claimed, in his tweets, said that the recovered amount would go to the Supreme Court of Pakistan to return Rs460b for acquiring vast land in Karachi for developing the Bahria Town housing scheme. He also claimed the NCA had not declared him guilty of any wrongdoing after a year-long investigation into property and accounts connected to his family. In a clear reference to Nawaz Sharif, he said other people should also follow suit and bring their money back to Pakistan.

Reports of Special Assistant to the Prime Minister on Accountability Mirza Shahzad Akbar meeting Malik Riaz also complicated the matter. In one of video clips that made the rounds on social media, he was seen receiving a bag from Malik Riaz.

It is the first time in Pakistan’s history that money has been repatriated from another country through the legal process and the settlement was reached in a civil case. Under the agreement, the government will not initiate criminal proceedings against the real estate tycoon for being involved in money laundering. There is no word to elaborate as to how the money was stashed away and whether any political figure was involved in the crime. The secrecy in the settlement has allowed analysts to raise questions which nobody is willing to answer.

The settlement has been reached at a time when the National Accountability Bureau (NAB) has frozen 23 properties of Opposition Leader in the National Assembly Shahbaz Sharif, his sons — Hamza and Suleman — and other family members in connection with an investigation involving the income beyond means and money laundering. Shahbaz Sharif has been on bail in Ramzan Sugar Mills and Ashiyana Housing cases, while Hamza is on judicial remand in the income beyond means, money laundering and Ramzan Sugar Mills cases. Suleman Shahbaz is absconding and lives in the UK.

Shahbaz Sharif has prolonged his stay in the UK after the government brought fresh allegations of corruption and money laundering against him and his family members. According to investigations, his assets grew 70 times while that of his son 8,000 times in the last 10 years, when he was the chief minister of the largest province of the country. A sophisticated network of money laundering was allegedly run at the Punjab Chief Minister Secretariat under the patronage of the then Chief Minister Shahbaz Sharif. Over Rs7billion was laundered using just one company, Good Nature Trading Company (GNTC), through 200 fake telegraphic transfers (TTs). The fresh probe says a new business empire was set up using the money laundered through a network of fake TTs. Shahbaz allegedly established the GNTC – a fake company – and appointed his front-men, Nisar Gill, as director political affairs at the CM Secretariat, and Ali Ahmed as director policy – who laundered money on behalf of the family. The fake company was actually run by Suleman which run a business worth Rs7 billion, that too on paper. Two more characters – Shoaib Qamar and Mansoor Anwar – were also involved in the money laundering network as cash boys. They would deposit money in different accounts. They withdrew Rs2.1 billion in cash from GNTC accounts. Over Rs16 million was deposited in the account of Shahbaz, who then transferred the money to his wife Tehmina Durrani, and the same amount was used for purchasing property in Whispering Pines Villas. The cash boys deposited Rs25 million in Suleman’s account after withdrawing the amount from the GNTC. Another amount was transferred to an account of Hamza Shahbaz, who transferred it to the account of his wife and used the money to purchase properties in Johar Town, Lahore.

Speculation is rife that former Prime Minister Nawaz Sharif has paid the first tranche of the agreed amount after he was allowed to leave the country. Former President Asif Ali Zardari is also expected to enter into a plea bargain after almost all co-accused in the mega fake accounts case have agreed to return the ill-gotten money. The process is expected to complete in three or four months. There are also rumours that the younger Sharif is also in the process of entering into a secret deal with the government, under which he will pay a handsome amount. Some say he has already struck a deal to save his political heir, Hamza Shahbaz.