NAB only for politicians? 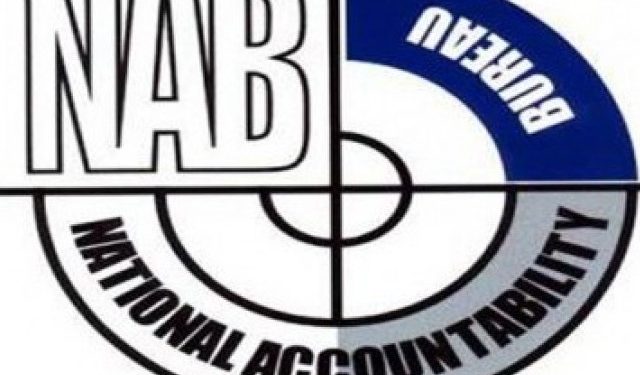 A threshold of Rs500 million may be introduced, which means the NAB will not be able to probe a fraud worth less than Rs500 million. Under the amended law, the valuation of immovable properties is to be reckoned either as per the District Collector rate or the Federal Board of Revenue (FBR) rate, whichever is higher. The new NAB law will also take into consideration that lapses by officials are acceptable and will not categorise them as offences. The NAB shall not take cognizance of offences based on procedural lapses unless there is evidence corroborating that the officer has materially benefitted from such a decision or lapse, the proposed amendment says.

The amendments were proposed after the federal cabinet realised that the bureau’s campaign is crippling the economy, hampering investment and causing administrative problems. Under the draft bill, the application of the NAB laws may not be extended in respect of a private person or entity, who/which is directly and indirectly unconnected with a holder of public office. The decision to strip the NAB of powers to probe private citizens was announced by the government on August 22 in a press conference by Federal Minister for Law and Justice Dr Farogh Nasim.

The amended law will also see an arrested accused released on bail if an inquiry under the NAB Ordinance is not concluded within a period of three months. Moreover, the previous 90-day physical custody period of an accused public office holder will be brought down to 45 days. A case previously investigated by the NAB and closed will not be reopened.

The draft proposes that the trial or accountability courts may be conferred the power of entertaining and deciding pre-arrest and after-arrest bail applications. Under the existing National Accountability Ordinance, there is no provision for grant of bail to a NAB suspect and as a result, they have to file a petition under the Article 199 of the Constitution with a high court to seek bail. A citizen can invoke the Article 199 and file a petition with the high court concerned to enforce fundamental rights when there is no remedy available under the law.

About the section in the existing law pertaining to “misuse of authority,” the new law says that the Act will only be cognizable if there is an underlying criminal intent and the action results in an illegal or unjustifiable increase in the assets of a government servant. A government servant’s assets will not be frozen solely on account of a belief that they have committed an offence. The property shall be frozen once the officer has been convicted by a court. NAB authorities will also have a reduced jurisdiction in matters pertaining to taxation, stock exchange including IPOs and building control “because appropriate action can be taken by the FBR, SECP and Building Control Authorities.”

According to the government, it is amending the NAB law in the light of guidelines from the Supreme Court of Pakistan. However, its appears it wants to limit the scope of the NAB to holders of public offices only, while bureaucrats and businesspeople would be given a free hand. The government believes businesspersons should be subject to relevant laws of the Federal Board of Revenue (FBR) and the Federal Investigation Agency (FIA) in case they are involved in tax evasion and other financial irregularities. The graft watchdog might also be barred from interfering in matters relating to financial disputes between private parties because the organisation was created mainly to investigate mega-corruption cases. In pursuance of the government policy, NAB Chairman Justice (retd) Javed Iqbal has announced that the anti-corruption watchdog will not pursue cases pertaining to income tax or sales tax against members of the business community. In a press release, the NAB chairman said that ongoing cases against businesspeople would be sent to the Federal Board of Revenue. He said he would personally look into the matter. “The NAB is a people and business-friendly institution and gives top priority to solving problems being faced by the business community,” the press release quoted the NAB chairman as saying. The NAB has also started referring petty cases to the provinces or other authorities after it was asked recently by the federal government to deal only with mega corruption cases.

It is obvious the government wants to amend NAB laws to facilitate the bureaucracy and businesspeople, even if they commit corruption, to run its affairs. It wants the NAB to focus on mega corruption cases, which involve over Rs500m. It means all cases involving lesser amounts will be probed by the anti-corruption police of the province concerned, which would only promote corruption and deny victims of any chance of recovery of their amounts.

Economy on the mend?

The menace of smuggling